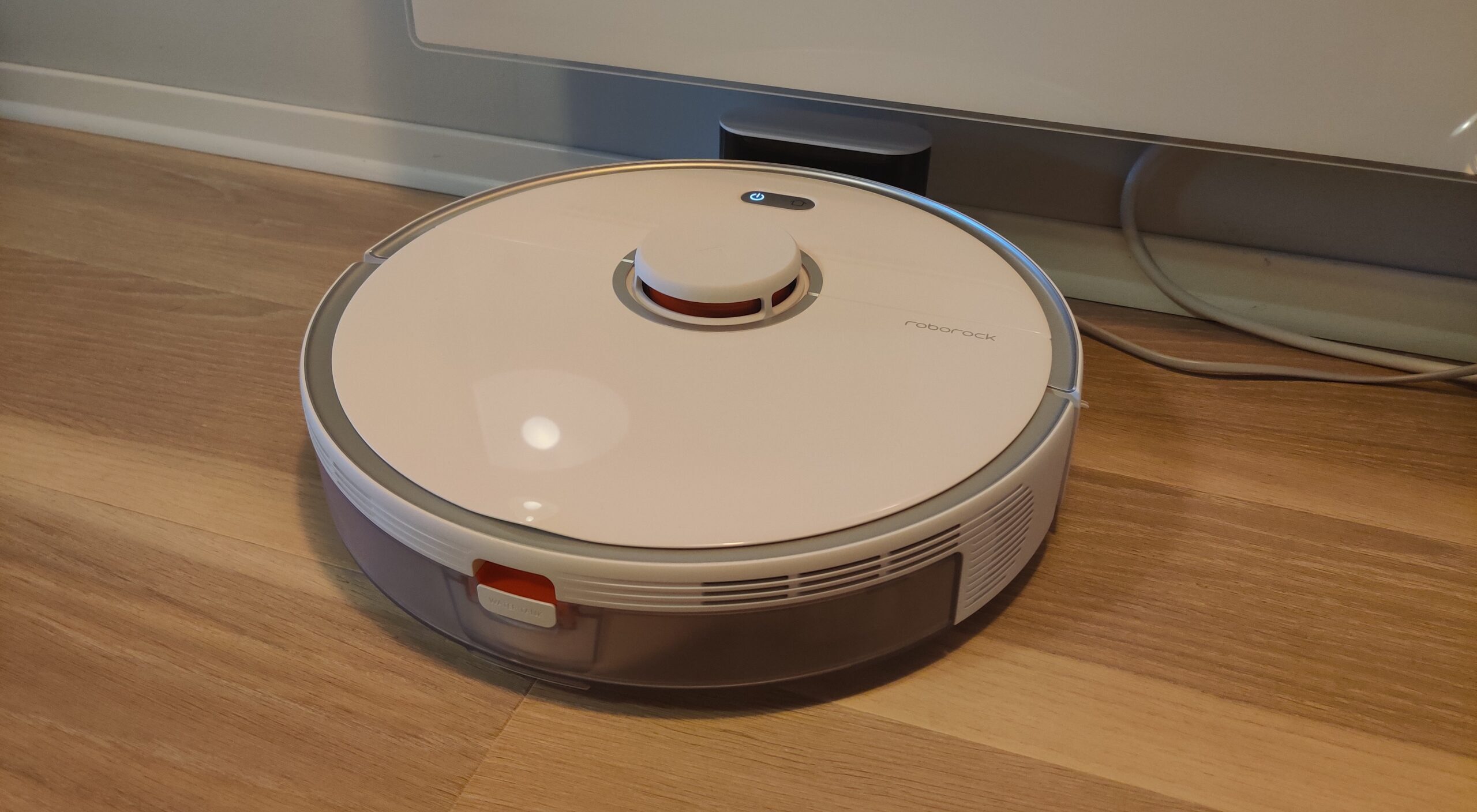 Please meet Dustin! For my girlfriends birthday I bought a Xiaomi Roborock S5 Max, after having talked about it for many months. I dislike vacuuming and do this at most once a week. My girlfriend on the other hand would like me to vacuum every day, so we both agreed this could be a very good solution for the both of us! The Roborock S5 Max is able to do both vacuum cleaning and mopping, and I haven’t been able to find any negative review of them, hence why I choose this model.

The Roborock S5 Max has the possibility to change the name. So after a short brainstorm session with the family ranging from Bob, JARVIS (which is already the name of the house) and Dusty we landed on Dustin.

My first impressions with this product are very positive! Dustin has a LiDAR sensor peeking out from the roof, which it uses for navigation and mapping. The mapping feature is very impressive, as it creates a 2D map of my house while it is vacuuming. Simultaneously it logs on the map where it is and where it has been. In addition to the LiDAR it has a big bumper with a pressure sensor on the front to stop it running into low items, and sensors on the bottom preventing it from falling down the stairs. 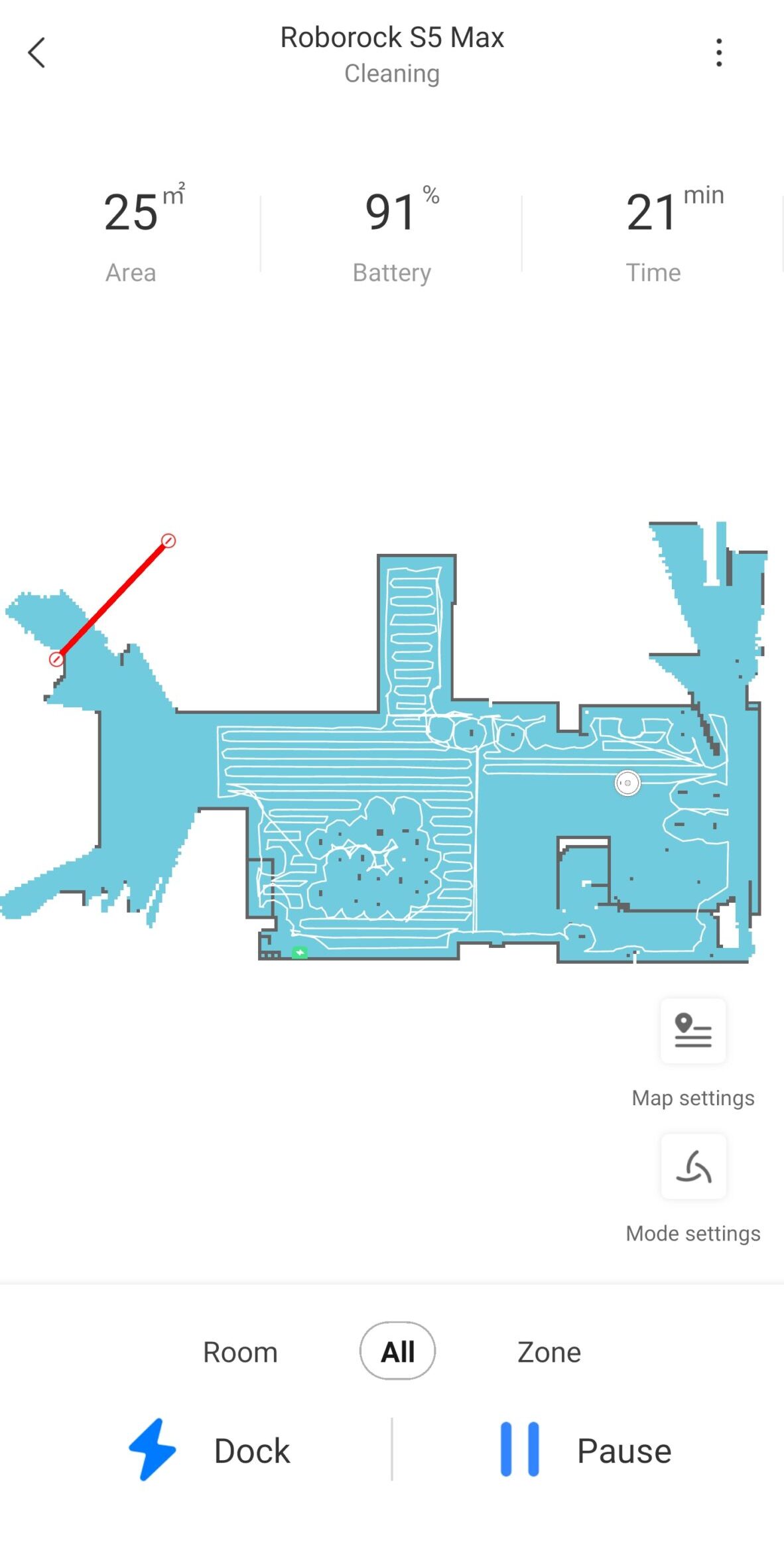 After the house was mapped you can manually divide it into different rooms. This allows you to clean specific rooms, or set different vacuum/mopping settings depending on which room it is in. The map also allows for setting ‘no go zones’ and ‘virtual walls’, which make it not go into a specified area.

The LiDAR is slightly offset from the middle. This means it can do a 360 on the spot to very accurately see depth, which means you can manually set it anywhere in your house and it is able to locate itself and automatically drive back to the dock. I have tried this a couple of times, and in ~80% of the instances it successfully managed to locate itself in the house and return to the dock.

Using the map you can also drop a pin to where you want it to go to. After it reached this location, you can tell it to do a ‘Spot Cleaning’, which cleans an area of 1,5m² around that spot. Very handy!

Are there any shortcomings?

I have found a few so far. When the LiDAR sees a mirror, it is convinced the room is 2x bigger than it actually is due to the reflection. This causes it to misjudge where walls are, and it get’s confused as it tries to reach these spaces. In my case, when cleaning the hallway it finds that there must be a room connected to the hallway that extends into the wardrobe, and that it actually extends all the way into the living room. It then tries to drive around to the other side to access this room, only to see that there actually is a wall there. It tries this three times in a row before it gives up cleaning this area (but hey, it shows commitment!). 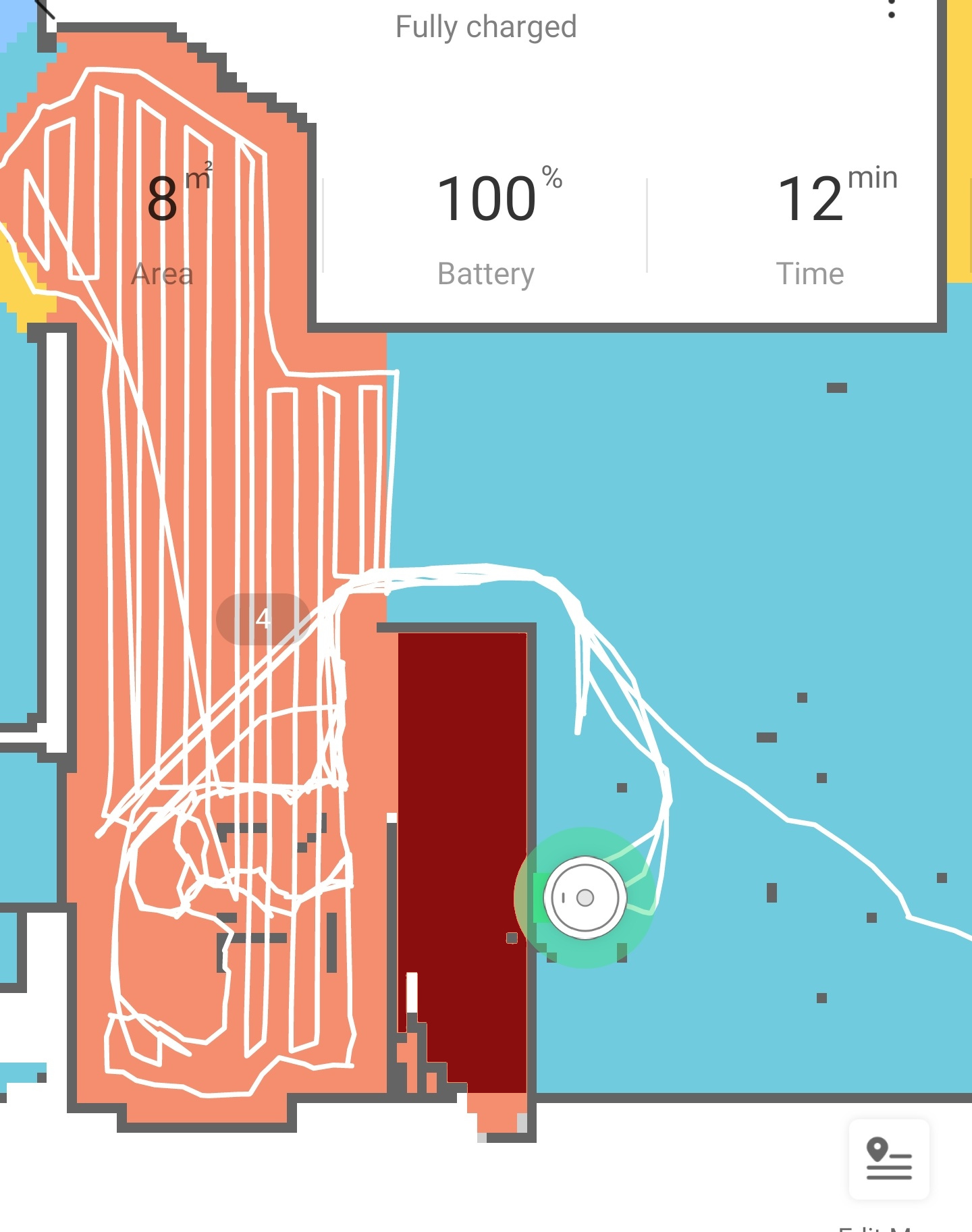 Another shortcoming is that it sometimes gets stuck on the doorway steps, especially when it tries to drive parallel over the doorway steps. There might be a solution by creating a separate room over these doorsteps as suggested on Reddit, but I haven’t been able to test this properly yet.

Lastly, I haven’t been able to find a way to integrate this unit into my Athom Homey. To centralize all my automation’s I’d like to have it integrated into Homey, but unfortunately the Xiaomi Mi Home library is not updated which means it cannot talk to this Roborock model. For now I integrated it directly into Google Home (an integration that would normally have been done through Homey), which at least enables voice steering.

So far, Dustin has been vacuuming our house multiple times in the last week. The rest of the family seems to be happy with him as they are using him extensively and without my help. I have good faith in that I’m able to fix the doorway problem, and if all else fails I can always make them lower so that Dustin is able to clear them better. All in all, I am very happy we finally have one running around :).

If you have any tips/updates on the Homey integration or the other issues I’m seeing, feel free to drop me a comment below!